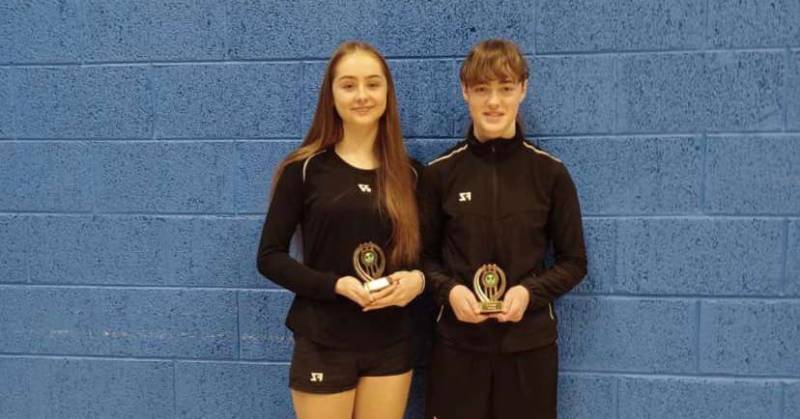 Raphoe Badminton Membership’s Kimberley Pearson took silver on the Connacht Open on the weekend in Galway.

Kimberley took silver within the Beneath-17 Women Doubles together with her accomplice Zarah Pender.

Pearson and Pender gained 21-5, 21-5 of their first spherical match towards Ava Buckley and Nika Setikaite, then defeated Amira Pender and Hannah Shochan 21-16, 21-12 within the quarter-finals.

The pair then misplaced their first match to Laura Heery and Chloe McGrane 21-17 however took it to the decider with a 22-20 win then certified for the ultimate by profitable 21-14.

Nonetheless, they needed to accept silver as a result of they had been defeated by Siofra Flynn and Michelle Shochan, 21-7, 21-13.

Rhys McAuley can be in motion within the Beneath-17 competitors for the primary time, making the step up from Beneath-15 stage.

Rhys competed within the Boys singles and progressed to the quarter-finals with a convincing win within the final 32 towards Dan Ryan 21-7, 21-5. He had a tricky match with Lorcan McGrane within the final 16, profitable 21-15, 22-20.

Nonetheless, he confronted high seed and eventual winner Pranav Erukattil within the final eight, and misplaced 21-15, 21-12.

Kimberley and Rhys had been defeated within the final 16 in blended doubles by Nicole Pleasure and Praneel Reddy Vallapureddy 21-17, 21-14.