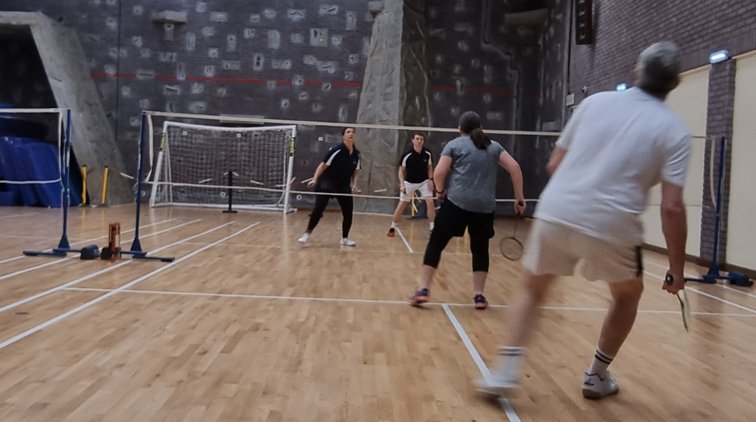 The Southend and District Badminton Affiliation leagues returned after the Christmas break with 4 matches and three of them within the Combined First division. Westcliff Seconds inflicted their first defeat of the season on SLH Rayleigh once they beat them 5-4. Barbara Childs and Matthew Pearson and Farnaz Siddiq and Isaac Pearson each received two rubbers every whereas Christina Scott and Callum Linge grabbed one to safe the victory. Jan Watt and Peter Corridor recorded a hat-trick for the house aspect and Andrew Strutt and Judy Slater bagged one as SLH stayed third, one place above Westcliff Seconds.

It was a superb week for the league leaders because the Phoenix Flames Seconds received again to again to increase their lead on the high of the division. The primary win was an 8-1 win at Hawkwell. Danny Peach and Corinne Telling and Tim Baskett and Sara Thompson each received all three rubbers and have been supported by a brace from Carly Horsler and Jay Clark. Hannah and Tim Rainbow helped the Hawks to their level.

The Flames then edged out second-placed Fitzwimarc Thirds with a 5-4 victory. Sara Thompson and Russell Dobson and Carly Horsler and Humaid Ghori obtained two rubbers every with Kiv Grey and Danny Peach getting one for the win. Chloe Peacham and Gary Curtis and Donna Venables and Adam Dixon-Peters each hit doubles as they’ve simply been overtaken however are simply 9 factors behind the leaders with two video games in hand.

Lastly, Phoenix Flames Fourths made it three wins from three within the Masters First division with a 6-0 house win over Westcliff. Corinne Telling, Kana Hazlewood, Joe Aguinadlo and Ron Lucas made up the successful crew for Phoenix with Kana not dropping a recreation. Mark King got here closest to grabbing some extent for the guests.

Participant of the Week – Corinne Talking

Staff of the Week – Westcliff Seconds